On a recent trip to Bangladesh, I met with a group of young people who had just successfully enrolled in university after completing a special college prep program run by BRAC. All 7 of these students had been able to attend high school because of BRAC scholarships. They are all meritorious students from economically disadvantaged homes in rural communities. All had lost their fathers when they were young. Their mothers struggled to ensure that they got an education. Some of them were members of BRAC or Grameen microfinance groups. The three young women had just started BRAC University with full scholarships from the Ford Foundation. The four young men were cobbling together tuition and living expenses by working part-time jobs and taking loans from family. Unfortunately, the time working was time away from studying. For just $50 a month, each of them would be able to devote themselves to study full-time. And they all had big dreams: they wanted to become doctors, engineers, teachers, journalists and government officials. 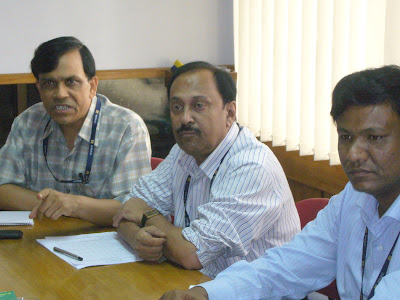 Shafiqul Islam, Director of the Education Program, along with two of his colleagues, came in on a weekend to listen to the students share their stories and give feedback on the Medabikash Program. This important initiative for meritorious students from economically poor households is a relatively small program but one that is highly effective in defeating poverty. Joined by Sarwat Abed from BRAC University Center for Languages, the group discussed various ways to improve and scale up the program if more funding were available. 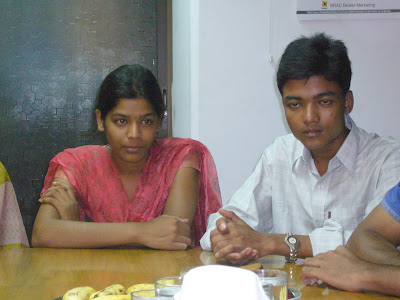 Sharmin went to primary school in one of BRAC’s special schools for those who never enrolled or who had dropped out. She recalled, “It was so much fun; we sang and danced and learned so much about the world.” Sharmin said that “BRAC opened the door to my dreams.”
She spoke about how she fell in love with English in Class 9. “The other kids would call me ‘dictionary’ because I knew so many words and could help them solve their problems in school” she said. “Now I want to become an English teacher because I want other villagers to have a chance like me. English opens the door to so many opportunities.”
Sharmin talked about how BRAC gave her the first chance of her life to use a computer. Now she said on the way out, “I need a laptop,” as she got my email address.

I was so inspired. I immediately wanted to figure out how to raise money to give more scholarships and support. These young people were so intelligent, articulate and passionate. They had big dreams and such desire – not just to help themselves but to contribute to their country’s development. They want to provide electricity to the countryside because they know what it is like to grow up without it. They want to provide good medical care in the villages because they know the acute pain of losing a loved one because care was not available. They want to open doors for other kids because they know the joy that results. Education is the best route out of poverty. This generation of Bangladeshis are changing their world.By Susan Davis